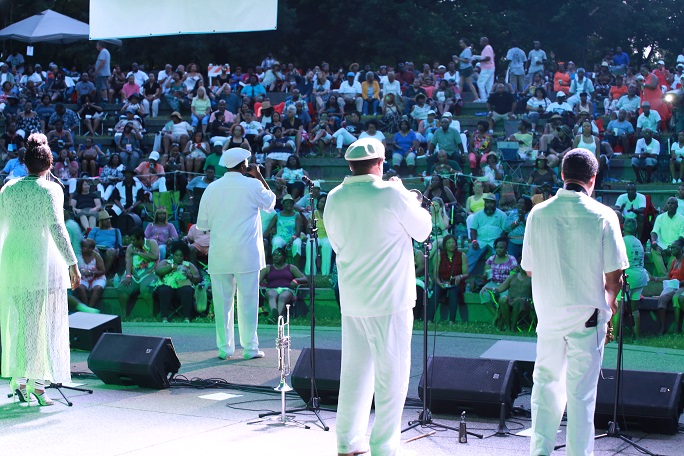 Community celebrates historical impact of Jazz and Blues in Music City
during 2-day event designed to bring people together — through music.

“This is where downtown Nashville meets uptown Jefferson Street,” explained Sharon Hurt, president and CEO of the J.U.M.P. “Our mission, with this festival, is to bring the community together, strengthen and provide economic impact, as well as bolster awareness and exposure to the historical importance of the north Nashville corridor. Jefferson Street is Nashville’s original music district, where it all took place.”

A venue change for this year’s 15th annual “Bridging the Gap Mixer: New Face, New Place” created a SoBro Block Party atmosphere that included performances from local favorites—William Davenport and Wendell “Bizz” Bigsby-Church & Everyday People—as well as two djs, live music, and a variety of food and retail vendors. Nearly 1,500 people danced in the streets, many of them new faces spilling out from the Country Music Hall of Fame and the Omni Hotel, all excited to join the party that gave them an alternative to country music-themed events usually hosted in the area. Also new to the Friday event was the inaugural JJBF Hot Chicken Contest, judged by the honorable Howard Gentry and acclaimed chef Darryl Dinning, who named Erica’s Touch of Taste Food Truck as the contest’s winner.

Saturday’s main event at Bicentennial Mall kicked off with a high energy performance from Rahsaan Barber and included Bayou & the Degradables, Herschel Bailey and  Paula Chavis.

Read More on our Blog