Expanding Our Record of Award Honors at Parthenon Awards 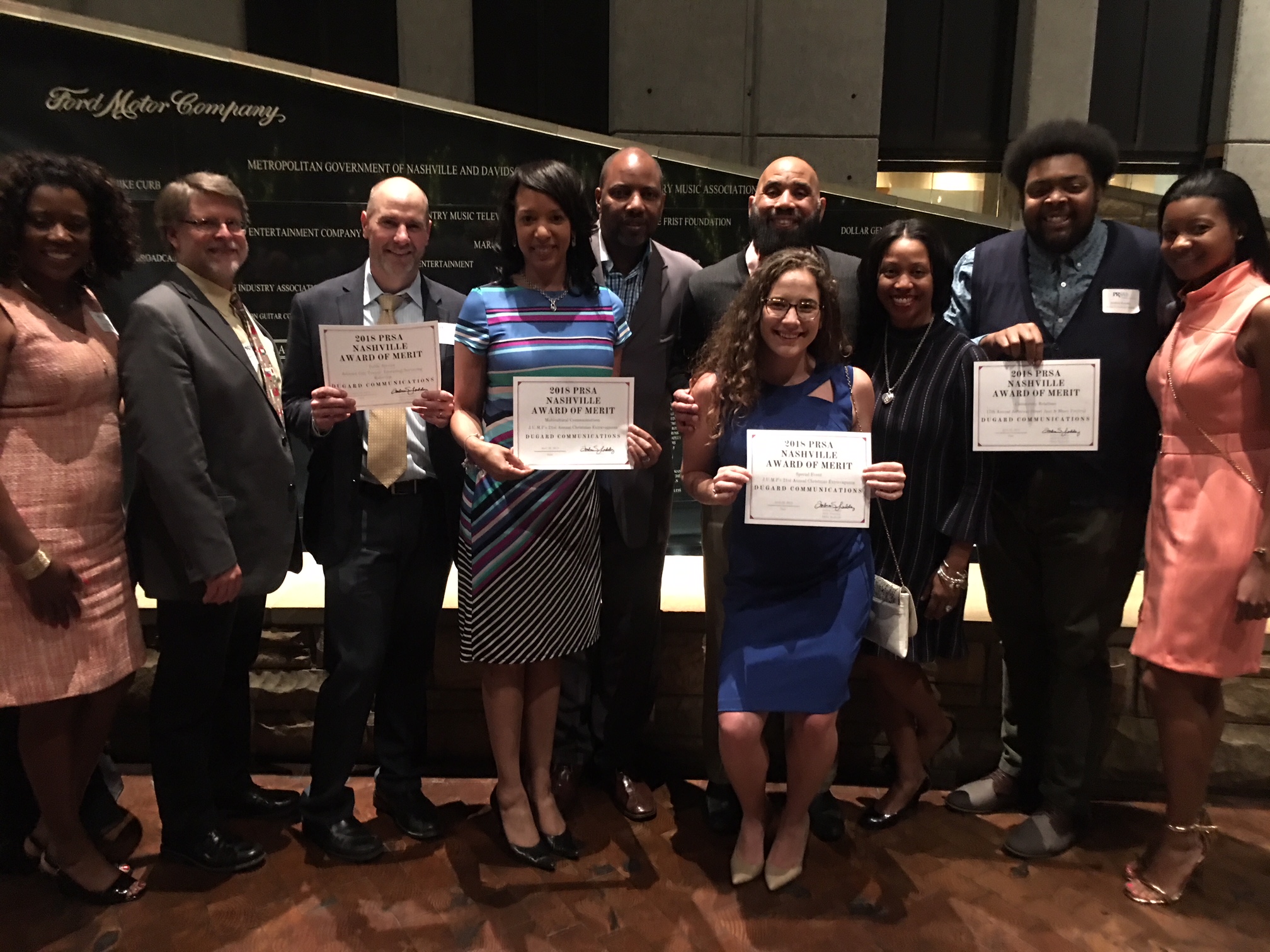 “I am so proud of all duGard Communications has accomplished in five years,” said Perri duGard Owens, President and CEO. “Record growth, along with achieving this type of recognition makes it such an to accept these, on our clients’ behalf, and continue building award-winning strategies for companies, brands and organizations. This affirms the trust our clients put in us.”

During its five years of operation, dGC has been privileged to work with many outstanding companies and involved with significant projects, including current and past clients that include, Clarksville Transit Authority, HDR, Inc., AECOM, HCA, Flyte Tyme Productions, Hypnotic Brass Ensemble, Minnesota SuperBowl LII, Southwest Transplant Alliance, the National Museum of African American Music (NMAAM) and many others.

In 2017, dGC won two Parthenon Awards in the Press Conference/Media Events (Darius Rucker/National Chairs Press Conference) and Brand Recognition categories for their work on NMAAM’s My Music Matters: A Celebration of Legends, as well as Awards of Merit in Special Events and Multicultural Communications for their work with the Nashville Bar Association and Metropolitan Nashville Airport Authority, respectively.