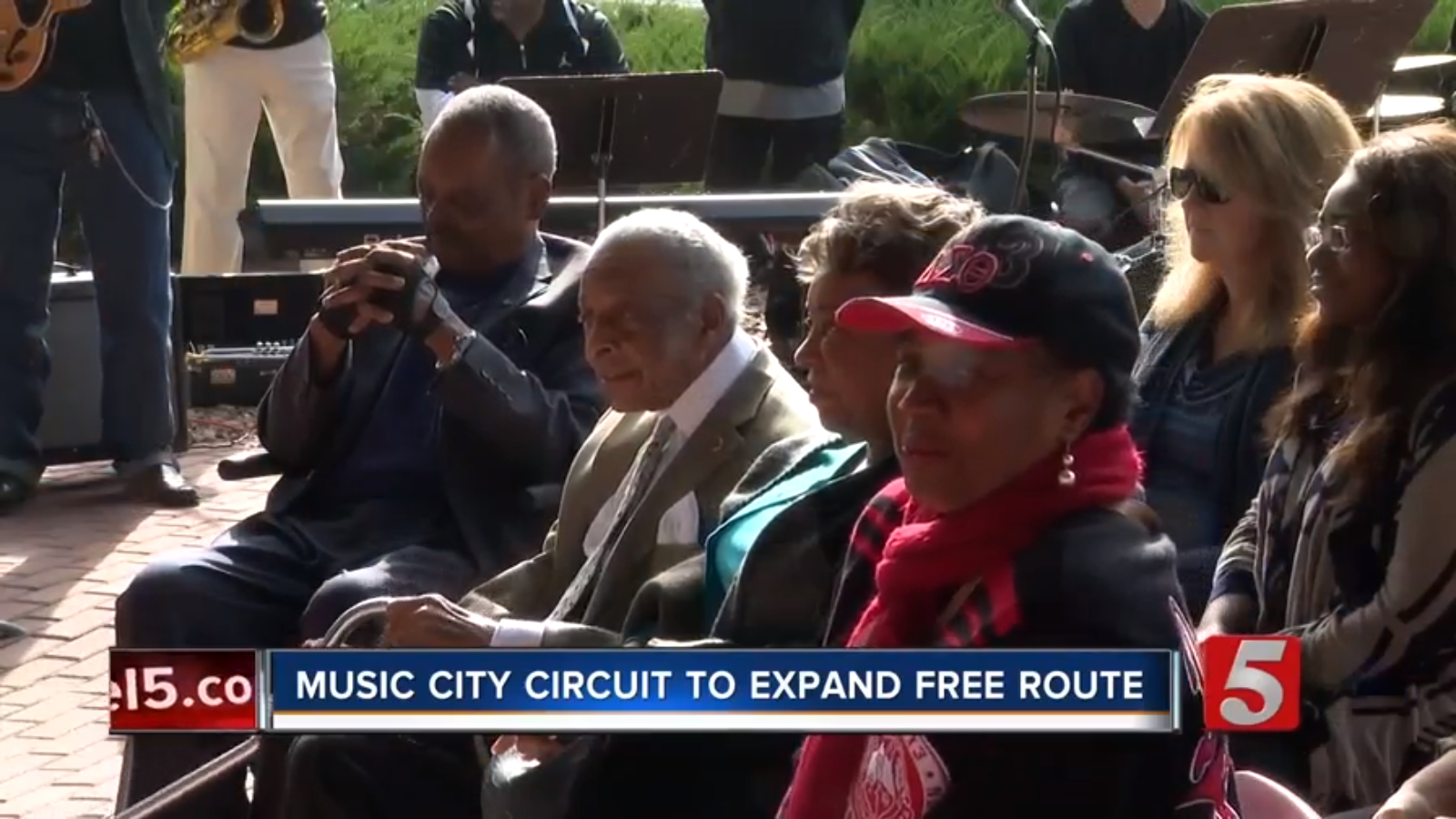 “It was an honor to be a part of the MTA launch event,” said Sharon Hurt, president and CEO of J.U.M.P.. “There used to be a trolley that ran right down the middle of Jefferson Street…having this new route will support commerce and provide transportation, while solving a community need. This corridor was once a bloodline to the heart of our city and now with the expansion of the Music City Circuit, the community of North Nashville will have the opportunity to once again feel connected to their Music City.”

During Hurt’s remarks, she acknowledged Leonard Morton Sr. as the Grand Marshall for next year’s festival and will bestow the honor, along with a Jeffersonian Award, to him at the organization’s Annual Luncheon, held on December 7, 2017. His son, Leonard Morton, Jr., along with The Total Eclipse Band, performed before and after the press conference.