As one of Nashville’s oldest and longest existing organizations, the National Association for the Advancement of Colored People (N.A.A.C.P.) Nashville Branch is pleased to announce Dwight Lewis, retired journalist and columnist for The Tennessean, as the keynote speaker for their annual pre-march reception. The event celebrates the life of Dr. Martin Luther King, Jr. and will be held January 15, 2018 at branch headquarters (1308 Jefferson St.) with doors opening at 7 a.m. and the program beginning at 8 a.m. Following the reception, participants will join other groups for the march to Tennessee State University hosted by the Interdenominational Ministers Fellowship.

Pioneer journalist at The Tennessean, Dwight Lewis used his pen for over four decades to heighten public awareness of civil liberties and civil rights issues. From his start, as a campus correspondent at Tennessee State University, to presiding over the editorial page at The Tennessean, Lewis worked tirelessly to bring to light and educate the public on injustices inflicted by those in power.

“Dwight Lewis is a trailblazer for the Nashville community as a whole,” said N.A.A.C.P. – Nashville Branch president Luyde N. Wallace. “If it were not for his, and the late John Seigenthaler’s, courage to tackle the tough stories of civil rights, many would not truly understand the oppression against black communities. This MLK Day, it is an honor to have the ability to listen to and ask questions of the man who brought our fight and concerns to the public, through print.” 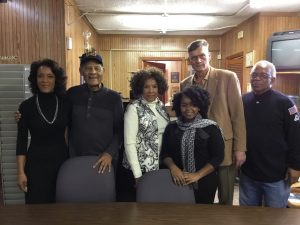 About the NAACP Nashville Branch

The Nashville Branch of the National Association for the Advancement of Colored People (N.A.A.C.P.) is proud to be one of the many units of the nation’s oldest and largest civil and human rights organizations. Established in 1909 nationally, the NAACP Nashville Branch was chartered in 1919 and as a not-for-profit organization implements the Association’s national agenda to ensure the political, educational, social and economic equality of rights of all persons and to eliminate racial hatred and racial discrimination.