Perri duGard Owens, our founder, grew up in Nashville. You might not realize that she’s an avid fan of Southern Hip-Hop and all kinds of music (she comes from a long line of music teachers). One of her favorites is Brad Jordan (AKA Scarface). His music brings back memories of friends and times at Pearl-Cohn Comprehensive High School – inner city Nashville. Growing up in Music City means that she has a perspective almost unique to residents of the ‘It City’ today; she knows how Old Nashville works and is able to collaboratively bridge between that world and this one…New Nashville. New thoughts and diverse perspectives who have all come here to experience and be part of the city’s growth.  She recently came into the office, super excited about seeing Mr. Jordan but had no pic, or selfie, to share. We were stunned. It was at that point that she realized a unique story about a city she loves.  Old vs. New is her Gen X’ers view of a Boomer’s Nashville in comparison to a Millennial’s Nashville.  All good (and sometimes colliding) perspectives of a great city. Here’s how ‘Face inspired her to start Old vs New on a cold Spring morning. 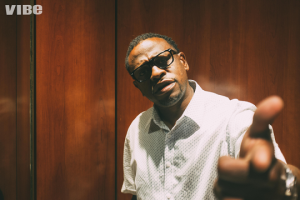 This morning, I saw Scarface (the rapper not the movie).  Not an April Fools joke. Truly ‘ran into’ him.  The stars aligned, sun came out and the birds began to sing. The North Nashville kid in me, came out and my head started bobbin’ – just a bit – with some of my favorite songs Smile for Me & My Mind’s Playin Tricks on Me playing in my head.  But as quickly as that happened, the universe crashed against itself.

Because in Old Nashville, you don’t gawk or fawn over a star here. They put their pants on the same way. Maybe it’s a Southern city’s cryptic view of stardom?

But New Nashville…is quickly approaching star sightings being covered in national news (and has actually already reached this – just ask Marcel Reed, the youngest son of Tomicka and Rod Reed, who was catapulted into national headlines when Cam Newton went to school with him the day after being ‘sighted’ in Nashville via IG).

I realized the rule was ingrained in me, for the first time, back in 2004, when I worked in Brentwood, TN. A suburb on the outskirts of Nashville (which wasn’t an ‘it’ city at the time). Music City, at that time, was just on the edge of becoming what it is today.

I made a quick CVS run during lunch, got in line to finish and pay and it dawned on me…Keith Urban was standing in front of me, standing there like a regular person, about to pay for his CVS stuff too.  I thought…”Hmm. He’s shorter than I expected and dude is majorly cute.”  Immediately, I became enamored, imagining how the cashier might react. You could tell he realized who was standing in front of him because he looked up from the register, paused, caught himself and just as quickly as he realized it, finished ringing Urban up and treated him just like the previous person.  (When he walked away and I walked up he had to gather himself and we laughed at each other.)

This was well before selfies. In fact, I was a card-carrying Blackberry lover. So, no quick pic with the cute star in front of me.  But even more than that, the Old Nashville rule – don’t gawk at the stars – made me go about my day.  There’s a code here. It’s why so many country stars call Nashville home.  They can be regular people. And it’s why so many others have started to think the same, regardless of genre or star status. (Jill Scott and others).  And I’d dare say that the code is truly being threatened.

Because of work with a client, I had the opportunity to be in meetings with Butch Spyridon (President of the NCVC) on occasion and one day he lamented, anecdotally, that stars were ‘fussing’ at him saying, ‘what are you doing to our city?’ Implying with all the growth, the laid-back nature, no-gawking unwritten rule was beginning to be broken. That all the people moving-in were threatening their sanctuary and the ability to walk around like a regular person.

Nashville natives, just don’t gawk. Period. People who are long-term transplants, and have learned the unwritten rule, know that too.  Not that a star won’t allow a selfie or two…or won’t appreciate an adoring fan. We just know that there are so many ‘stars’ here that we try to act like it’s not that big of a deal. Even if we’re jumping out of skin, internally.

Case in point. Silly Goose is/was one of Taylor Swift’s favorite places. The Zipper is the best thing ever…seriously. I’m there for drinks and a ‘catch-up’ with a fellow HCA’er and as I’m seated, I realize that right next to me is Taylor Swift (circa 2013). She’s there enjoying dinner with another person. (At this point, I’m not oblivious to the fact that one of my favorite young people would have been absolutely beside herself if she had been there with me at the time.)  But because of my Old Nashville upbringing, I politely nodded my head when she looked in my direction and let her continue her meal.

Let them live a regular life.  It’s the Nashville way.

Now, if ‘they’ are here for an event, at CMA Fest, JUMP’s Jazz & Blues Festival, NMAAM’s Legends Luncheon or a Ryman performance and I have access…I might strategically find a way to chat, if super kind…maybe a selfie. But highly unlikely and uncomfortable because I’ve protected people from the same thing, throughout my career.  But overall, what still rings in my head is the rule to not sweat the star.

I was reminded of this, today, when Scarface walked out of the Hutton (here for the Legends of Hip-Hop concert at the Municipal Auditorium) and I had to fight the urge to give him my version of Mary Jane. I’m loving the fact that Scarface graced us, here in Music City.